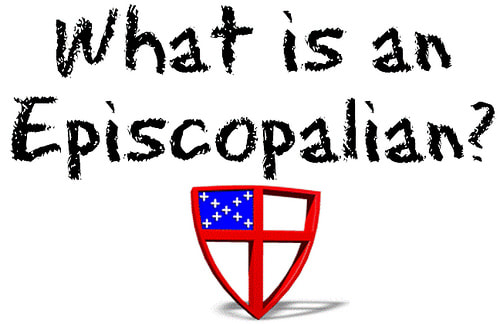 We Episcopalians believe in a loving, liberating, and life-giving God: Father, Son, and Holy Spirit. As constituent members of the Anglican Communion in the United States, we are descendants of and partners with the Church of England and the Scottish Episcopal Church, and are part of the third largest group of Christians in the world.
We believe in following the teachings of Jesus Christ, whose life, death, and resurrection saved the world.
We have a legacy of inclusion, aspiring to tell and exemplify God’s love for every human being; women and men serve as bishops, priests, and deacons in our church. Laypeople and clergy cooperate as leaders at all levels of our church. Leadership is a gift from God, and can be expressed by all people in our church, regardless of sexual identity or orientation.
We believe that God loves you – no exceptions.
A BRIEF HISTORY...

After more than 110 years, Trinity Episcopal Church is still exploring the faith which brought its founding members together more than a century ago.

Trinity Episcopal Church has enjoyed a long and colorful history in the West Branch area.  Founded on January 13, 1901, six families met in Dr. C.L. Nauman's hall.  It wasn't long before prominant families within the community were attending regular services in the old Congregational building.  A new church was completed in February 1904, on East Houghton Avenue in downtown West Branch.

In 1923 the Trinity Parish Hall was completed to accomodate increasing interest in both the church and its social activities.  It was a real social center for West Branch and the community.  Social activities included Friday night dances, which quickly became popular among area residents.

In 1964, a faulty foundation prompted the church to make plans to build the present church on East Houghton Avenue.  Four years later, in 1968, the building process was complete and the current facility was occupied. The new church features all but one of the original stained glass windows, which mysteriously disappeared with the church bell.  Neither have resurfaced since then.

Useful links for more information about the Episcopal Faith/Church